No! I’m not retired. Just not serving as a lead pastor! I'm still just as busy as ever communicating the gospel.

Marilyn and I did our first church plant in 1977 in Oracle, Arizona. That’s in a copper rich area on the other side of Mount Lemon from Tucson. Everyone in the church worked for the mine.

It was Old West. With our two little children in the back seat, Marilyn and I commuted 130 miles from NW Phoenix every weekend for a year. The mine has closed, but church, Living Word, is still there and thriving!

I began preaching at what became Word of Grace in ’82, this time commuting only 35 miles every day for two years. We served there as lead pastor of Word of Grace for 25 years, passing the mantle to Terry and Judith Crist in January 2008. They joined the Hillsong movement a few years later.

During our time at Word of Grace, we saw the church grow to an average weekend attendance of over 4500, saw several thousand people make commitments to Jesus (over 4500 attended our new believers’ class), pioneered recovery ministry (New Wine), and became a leader in local community impact and international missions.

Since our time at Word of Grace, God has been so good to us, giving us so many diverse opportunities to serve Him in community and church leadership. Currently I’m serving as Phoenix Mobilizer for the American Bible Society/ABS, where among other things, we’ve led two Month of the Bible events with over 200 Hispanic churches participating, and we have the blessing of Catholic Bishop Tom Olmsted to help them with Bible engagement in the Phoenix Diocese.I also continue to speak for churches around the valley and serve on several ministry boards. 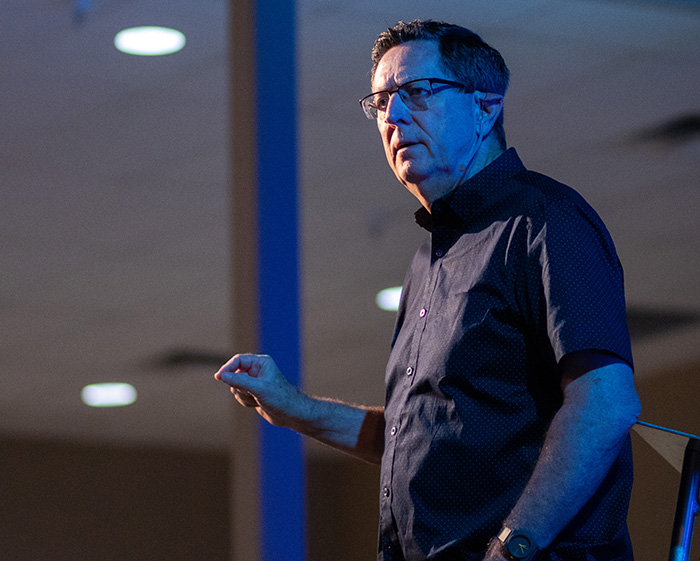 Marilyn and I have three grown children. David is President of the Barna Group. He and Jill have three children. Shari is Director of the Career and Transfer Center, Arapahoe Community College in Littleton (Denver), Colorado. Her husband Jeff teaches at Valor Christian High School in Highlands Ranch, and they have four children. Matthew is a career Navy man. He’s a fulltime trumpet player in the Navy band. He and his wife Kate have two children. 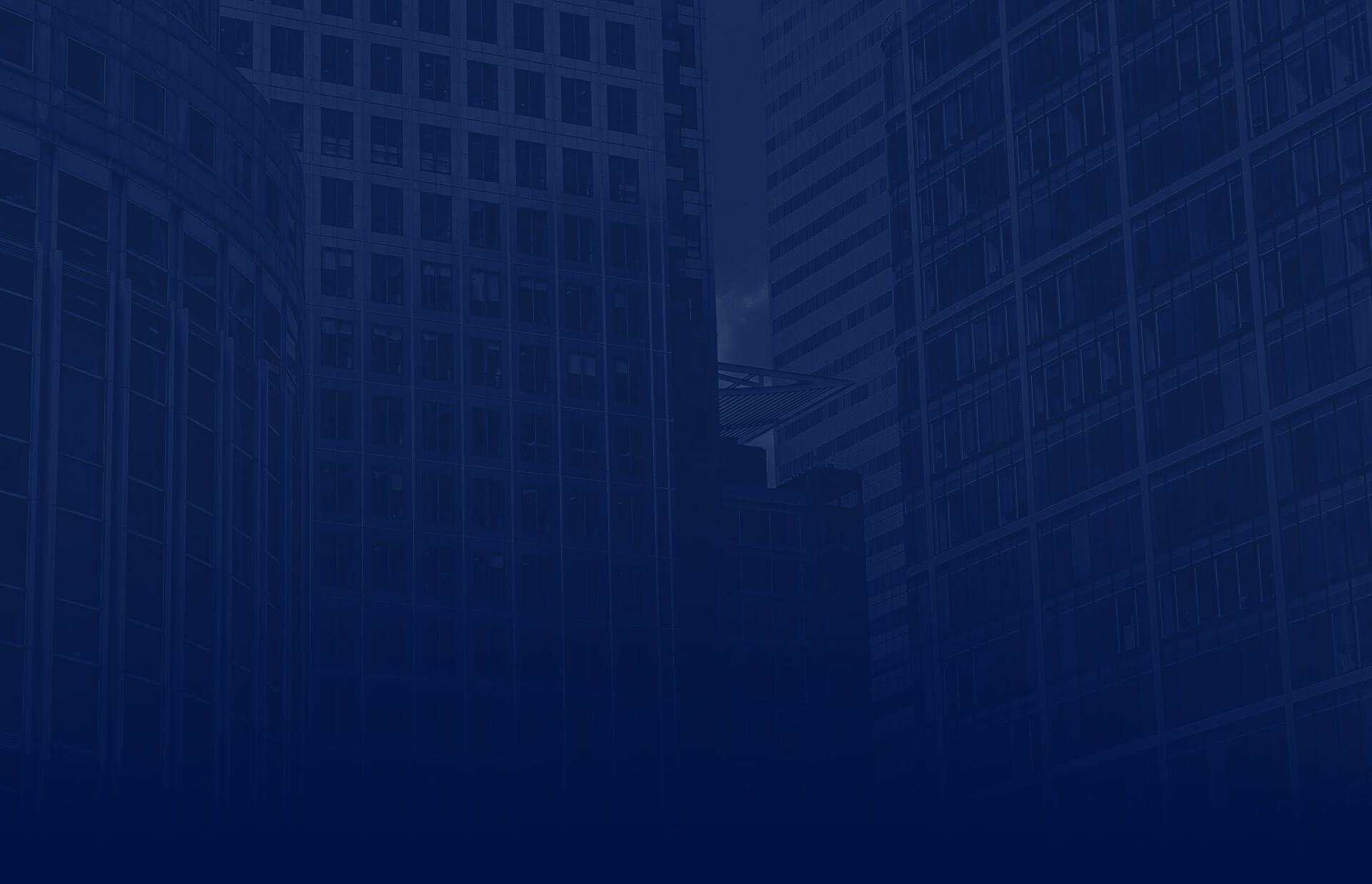 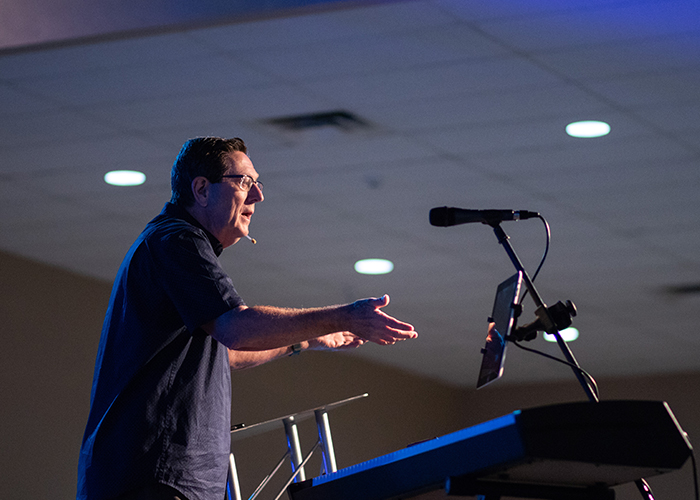 Grace is never conditional. Not before you become a follow Christ and not after. The apostle Paul wrote famously, “For it is by grace you have been saved, through faith—and this is not from yourselves, it is the gift of God—not by works, so that no one can boast” (Ephesians 2:8-9).

Father Abraham is a special example of grace, because he was made right before God nearly five hundred years before God gave the Ten Commandment (the Law, righteous works) to Moses and the people of Israel at Mount Sinai. “What does Scripture say? ‘Abraham believed God, and it was credited to him as righteousness.’ Now to the one who works, wages are not credited as a gift but as an obligation. However, to the one who does not work but trusts God who justifies [makes right] the ungodly, their faith is credited as righteousness” (Romans 4:3-5).

If we could earn grace, or become worthy of grace by how we live our lives, it wouldn’t be grace. Again, Paul makes this crazy clear: “If [salvation is] by grace, then it cannot be based on works; if it were, grace would no longer be grace” (Romans 11:5-6).

But what are “works”? Doing or trying to do righteous things through our own effort. The two ancient trees in the Garden of Eden help us understand this. On the one hand, there was the tree of the knowledge of good and evil. Satan told Adam and Eve that, if they ate from this tree, they would become like God. Do the right things and don’t do the wrong things. Live as good a life as you possibly can. That will get closer and closer to God.

But God said, and I hoping I’m not stretching the point here, “If you eat from that tree, the tree of self-effort, it’ll kill you.”

I think Paul echoes this when he scolded the Galatians. “You foolish Galatians! Who has bewitched you? Before your very eyes Jesus Christ was clearly portrayed as crucified. I would like to learn just one thing from you: Did you receive the Spirit [become a follower of Christ] by the works of the law, or by believing what you heard? Are you so foolish? After beginning by means of the Spirit, are you now trying to finish by means of the flesh [your own self-effort]?”

So, what about the other tree? It was the tree of life, an ancient image of Christ. I believe Jesus had this in mind when he said, “Abide in me, and I in you. As the branch cannot bear fruit by itself, unless it abides in the vine, neither can you, unless you abide in me. I am the vine; you are the branches. Whoever abides in me and I in him, he it is that bears much fruit, for apart from me you can do nothing” (John 15:4-5).

Oh, I know that in the next verse, Jesus warns us that branches which don’t bear fruit will be pruned and burned. Some people think he’s talking about how you will burn in hell if you don’t obey him. I don’t believe that, but I do believe that if I don’t abide in Christ, constantly put my trust in him, my life will be hell, right here, right now.

Paul helps me understand what Jesus is saying here: “One's work will become manifest, for the Day will disclose it, because it will be revealed by fire, and the fire will test what sort of work each one has done. If the work that anyone has built on the foundation survives, he will receive a reward. If anyone's work is burned up, he will suffer loss, though he himself will be saved, but only as through fire”(1 Corinthians 3:13-5, bold italics mine).

It’s never up to us. “He saved us, not because of works done by us in righteousness, but according to his own mercy, by the washing of regeneration and renewal of the Holy Spirit, whom he poured out on us richly through Jesus Christ our Savior, 7 so that being justified by his grace we might become heirs according to the hope of eternal life” (Titus 3:5-7).

So, Jesus plus nothing changes everything. But Jesus plus something can make a mess of everything, because no matter how lovely or spiritual the “something” may be, it takes away from Jesus. It shrink Jesus.

I wrote a book about this Honey, I Just Shrunk Jesus [link to the bookstore]. It’s a book about another book, actually a long letter that Paul wrote to churches scattered across the ancient region of Galatia. They were into Jesus plus something. At the time, the “something” was the unusual, painful (and ghastly) practice of circumcision. If you were not a Jewish Christian, you were expected to be circumcised.

Seriously? If I decide to follow Christ, I have to do what?!

Yes, you do. “Certain people [Jewish Christians] came down from Judea to Antioch and were teaching the believers: ‘Unless you are circumcised, according to the custom taught by Moses, you cannot be saved’ ”(Acts15:1). That would be Jesus plus something! To be saved!

Here’s how Paul felt about this: “Mark my words! I, Paul, tell you that if you let yourselves be circumcised, Christ will be of no value to you at all” (Galatians 5:2).

Fortunately, Jesus plus circumcision never made into a Christian catechism, but ever since then, countless sincere followers of Jesus have said something like this, “Yes, you have to believe in Jesus to be saved, but ____________________.” Fill in the blank.

On the same day I wrote this, I read something written by a friend who loves Jesus: “Salvation is an absolutely free gift from God, which is undeserved and cannot be earned.” Yet just a few paragraphs later added a little something to Jesus: “Is it enough to simply say, 'I believe in Jesus'? No, clearly this is not enough.”

I understand what he is trying to say, that you can’t just claim you believe in Jesus and but keep living like the devil. Even the grace apostle Paul understood this: “What shall we say, then? Shall we go on sinning so that grace may increase? By no means!” (Romans 6:1)

If we love God, we should do what God wants, but not in order to hang on to grace, or to make sure we don’t lose grace. Simply stated, “Therefore, my beloved … work out [not work on, or work for] your own salvation with fear and trembling, for it is God who works in you, both to will and to work for his good pleasure” (Philippians 2:12-13).

For more: Watch This Video

A financial gift to NOTHING BUT GRACE, LLC is an investment in personal ministry to local pastors and community leaders – and in uniting the body of Christ, building collaborative relationships, and bringing about extraordinary spiritual and social transformation in our city and State.

Donations are tax deductible. Nothing But Grace LLC receives its tax exempt status through LifePoint Church in San Tan Valley.

Write your check directly to NOTHING BUT GRACE and mail to

You can make regular monthly contributions through on-line banking by listing NOTHING BUT GRACE LLC as one of your payees. Your bank will ask for the name of the payee, the address (see above), and the monthly amount. NOTHING BUT GRACE will receive a check by mail, which will tell us who sent the contribution.
Questions? donations@nothingbutgrace.com or contact form.